Comedy Bang! Bang! (abbreviated "CBB") is a podcast on the Earwolf podcast network. It was originally launched in May 2009 as a weekly radio show on Indie 103 in California under the title Comedy Death-Ray Radio. The show became an Earwolf podcast in 2010 and changed to its current name in May 2011. It has also spun off a television show on IFC, which premiered in June 2012.

A wiki extensively detailing the podcast's guests and canon is maintained here.

WorkJuice Player Paul F. Tompkins is CBB's most frequent guest star, both as himself and as numerous characters including Andrew Lloyd Webber, Ice T, and Werner Herzog. Paul has also guest-hosted the podcast when Scott is unavailable. Numerous other actors and comedians have appeared on both CBB and the Thrilling Adventure Hour, including Andy Daly, Chris Hardwick, Tom Lennon, Weird Al Yankovic, and Jon Hamm. 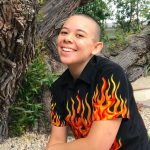