Carbonite-mare is an episode of The Red Plains Rider, part of the Sparks Nevada Universe. 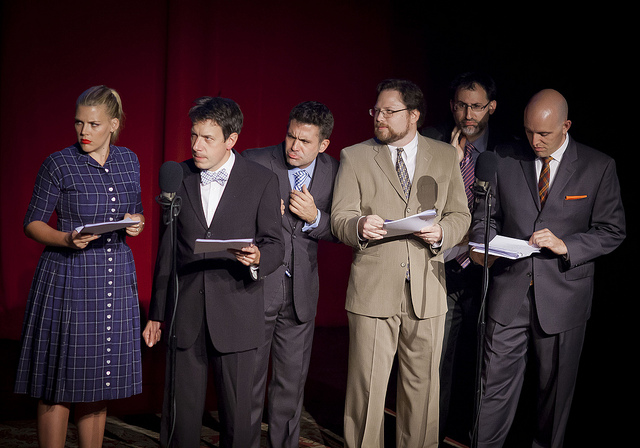 After being dropped off on the plains of Mars by Sandy Manlius and his husband Glenn on their USSA starcraft at the end of Into Darkness, The Red Plains Rider traveled to planet XK9B. There she found out that the aliens who originally bought Cactoid Jim, who had been frozen in Carbonite by Jib Janeen and sold to be used as a coffee table, had re-sold him in a yard sale to a buyer for Chesh Glutterfane from X27991.

The story opens with Red speaking to the Spider Queen, who vaguely threatens Red that she'll regret visiting the planet and directs her to the castle which Chesh Glutterfane has taken up residence, her former castle before the rebellion of the Fly people.

Upon arriving at the palace, The Red Plains Rider encounters Glenn, and they recognize each other. Glenn explains that his husband Sandy in was also frozen in carbonite and sold, as well. (He does not explicitly state it was Jib Janeen who did this, though it's likely.) Glenn mounted a rescue crew to retrieve Sandy, but was unsuccessful, and instead was enslaved and forced to wear a metal bikini.

Chesh is a crime lord who took over the planet after the fly people rebelled against the spider people. Glenn explains that buying people frozen in Carbonite and forcing their loved ones to fight monsters in order to win them back is Chesh's favorite pastime.  The outlaws he invites to the palace for parties bet on the results. The combatants usually die, but if they lose and don't die, they become Chesh's slaves, as Glenn did. Slaves have a control box grafted onto their necks in case they disobey.

Glenn attempts to talk Red out of agreeing to the combat, but Red insists, so Glenn collects her weapon and takes her to Chesh. Glenn tells Red he likes confidence and Red reminds him that she's... from Mars.

Red stops the party Chesh is throwing and threatens him, should he not give Jim to her freely. After offering Red a water or coffee, Chesh declares that Red will battle against a monster who has never been defeated.  He offers her one of several ineffective weapons, and Red chooses a child's gun which shoots small projectiles.  The monster Red has to fight has plated skin, which will not be hurt by the small gun.

Upon being dropped into the battle pit, Red instead shoots Glenn's control box, freeing him from Chesh's control. Glenn, who still has Red's gun, aims it at Chesh.  The monster requests to have his control box shot off, and Red obliges.  He eats Chesh's annoying monkey to keep him from calling the guards.  Red and Glenn shoot the control boxes off several other slaves, then collect Sandy, Cactoid Jim, and the other slaves' loved ones.  They bring Chesh along to stand trial for his crimes by the USSA as they all escape on Chesh's really cool sail barge.

Community content is available under CC-BY-SA unless otherwise noted.
Advertisement