A Beyond Belief Valentines Day

Frank and Sadie Doyle are visited by a mysterious man who wants to tell them three stories. Being as they only opened the door believing their liquor order was about to arrive, they are reluctant until the stranger tells them that they themselves are the subjects of the stories. Naturally, they relent.

The first tale finds the Doyles on Valentine's Day (not that they know that), receiving a call from their friend, Detective Dave Henderson. He calls them down to the station for a most unusual case: a young man suddenly dead, wizened and aged, and the prime suspect in the interrogation room at the precinct. After mistaking the place for a bar, the Doyles finally get around to asking Dave what he wanted, only to have him declare that he no longer needs their help or cares about the case, and he has fallen in love with the suspect.

The Doyles are upset by this, as Dave has a wife and child, and go to see the murder suspect, who is quickly revealed to be a succubus, a female creature who consumes the frisky energy of humans to live. Almost as quickly, Frank and Sadie fall madly in love with her as well, She reveals that Valentine's Day is special to succubi--If they find true love, they can become human. Since succubi can make anyone truly love them, all she needs to do is find out who is the best.

Frank, Sadie and Dave vie for her affection as she rattles through her preferences, but finally she chooses Dave because she likes his hands. With a sudden attack of conscious that also happens to get them what they believe they desire, Frank and Sadie shut Dave out of the room so the succubi will be forced to take them instead. This angers her, and she decides to suck all the love out of them until they are damned to oblivion. However, she gets more than she bargained for, drinking the Doyles' love. It's far too strong for her, and she explodes.

The stranger concludes the story and the Doyles break for drinks during a theremin solo. Upon returning, they discover that their exchanges with the stranger are counted as a story as well, which seems like a ripoff. Regardless, he begins the next story.

Frank and Sadie are attempting to enjoy their martinis when the unthinkable occurs: their liquor is transformed to that most vile of substances--wine. After a frantic check of their stores, only to find every bottle filled with wine, they discover a note. It's an invitation from Bacchus to a party... and their doom.

They go, transported by magic, to the Olympus Club. They are at first barred from entry, but Frank manages to fast-talk the waiter into believing he is a wine connoisseur. Once inside, they are greeted by Bacchus, the Roman god of wine and revelry, and his girlfriend Freya, the Norse god of death. The two gods tell the tale of their meet-cute and speak of how much they love each other, and conclude with their problem. The Oracle says their love is not the most perfect; the Doyles' is. They challenge the Doyles to a game of charades officiated by the Oracle, the stakes being their booze or their lives.

The Doyles accept, winning the first two of three rounds handily. Freya gets upset and The Oracle reveals that she will kill them no matter if they win or lose. Frank and Sadie immediately plan to lose on purpose, but Freya magics the ability to do so from them.

The Doyles take the last round as easily as the first two, but then manage to talk the gods into admitting they would die for each other. Frank reveals that he would not die for Sadie, and therefore their love is inferior and there's no reason to punish them. Bacchus is confused, but Freya is pleased and the Doyles are returned, booze intact, to the Plaza Hotel.

At home, Sadie is cross at Frank for what he said until he reveals that it was of course a lie - He'd slipped The Oracle a twenty to let them off the hook. In retrospect, he notes, given that The Oracle has omniscience, it was all probably about that twenty.

The second tale complete, the story-telling stranger reveals himself. He is no man at all, but a monster: a Will o' the Wisp that has dragged them in with stories to consume their souls. Frank and Sadie Doyle then laugh right in his dumb face--Hasn't he been listening to his own tales? The Doyles have faced far worse than his like and come through intact. Their souls belong to each other. They send him packing and close down the show with the song "Our Love is the Best."

Maitre d: Sir, We have several Reds, would you prefer something opulent or might you be someone who prefers his wines fruit forward?

Frank: As a connoisseur, you'll find I have very specific tastes. I seek a wine with structure and stability... and backbone. Something brooding, but which won't tell me what's on its mind. A wine that's superior, haughty, withholding. I want a wine so fickle and baffling I'll wake up at three in the morning, my fingers already fumbling on the dial of my phone to ask it what I've done wrong. I want a wine that disapproves of me and every choice I've made. Bring me a wine that insults me to my face and makes me like it.

Frank: Good-hearted Sadie, could I ever love you more?
Sadie: No, but never stop trying.

Bacchus: I know what you’re thinking.
Frank: Well, if you did you wouldn’t be smiling.

Sadie: But the oracle said -
Frank: The oracle said what I slipped him a twenty to say.
Sadie: Frank, you greased a palm for me?
Frank: You know, if you think about it the oracle knew I would. This whole thing was probably about that twenty bucks.

Frank: If Sadie says we can’t, we can’t.
Succubus: But you love me.
Frank: We love lots of things! Each other … booze … I think that’s the order.

Freya: Any last words?
Frank: Yes. I love my wife the way I love my alcohol.
Oracle: Do you have something to finish that out, maybe two adjectives and then something flashy to button it up?
Frank: Sadie knows what I mean. 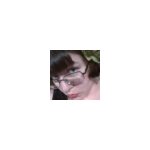 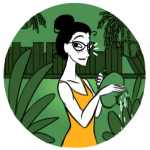